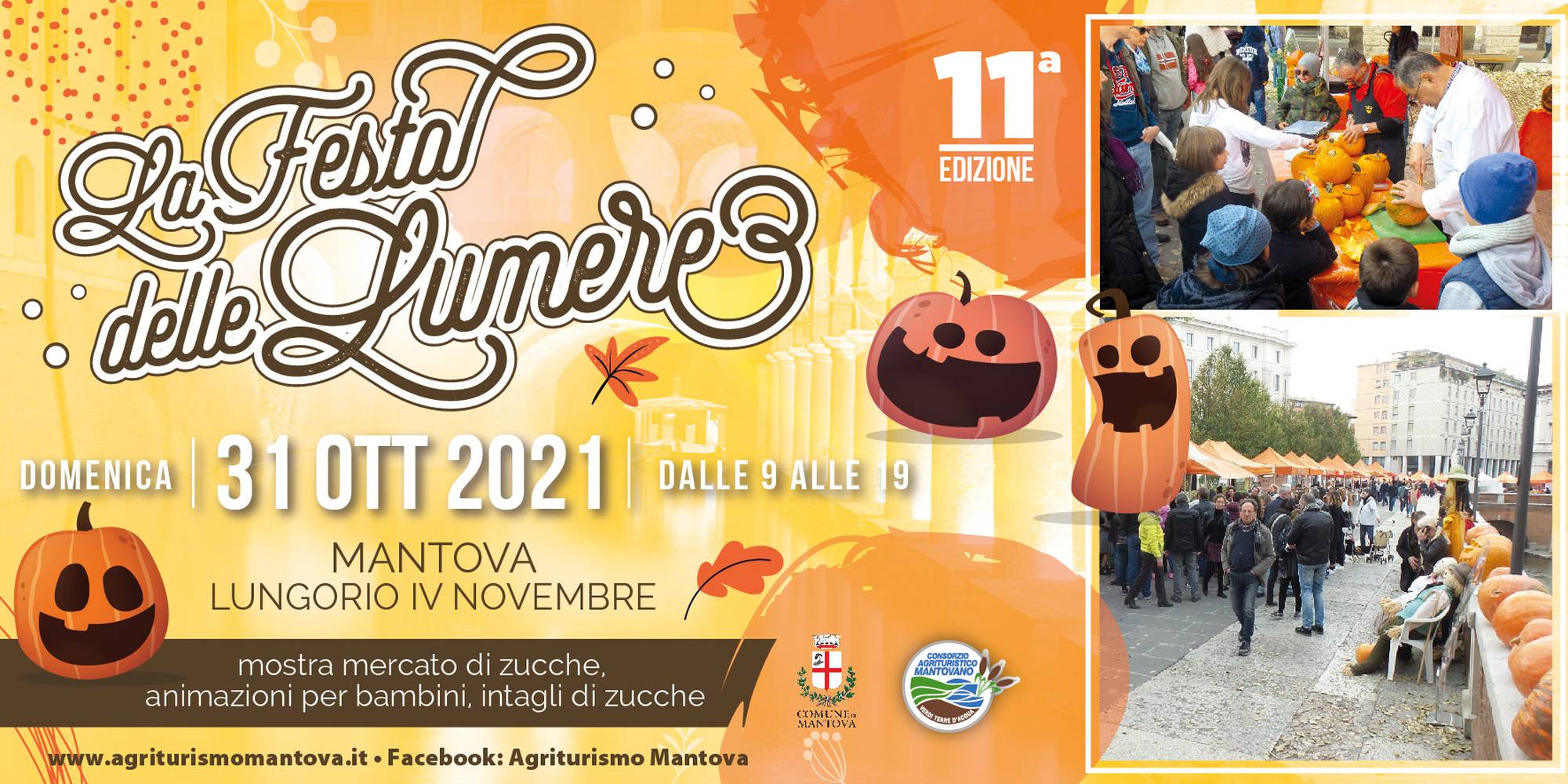 the festival of lumens

As part of the event "Di zucca in zucca" (From pumpkin to pumpkin), which runs until 8 December, the long-awaited event dedicated to families and children, La festa delle Lumere, returns. On the night of All Saints' Day, it was customary in the Mantuan countryside to make figures and masks to exorcise the idea of death in the days when the worlds of the living and the dead communicated at the beginning of November. To create these representations of the dead, pumpkins were the preferred material. Because of their shape and the fact that they were hollow inside, they were perfect for making fantastic faces, which were then illuminated in the darkness by placing a lamp inside. Usually, lanterns were a fun task assigned to children and young people, who then used them to play tricks on the more fearful, or to be placed on windows or along roads, even to find their way home when the fog was particularly thick. Traditionally, these lights had the function of lighting the way for souls passing from one world to another, and for this reason they were also placed on the access roads to cemeteries. Customs from a not-so-distant past that return today bouncing back from overseas, but which have been part of our culture and local folklore for centuries.

The Mantua Farming Consortium wants to reintroduce this ancient custom, restoring its true meaning as a popular festival, and in particular a festival dedicated to children, who can get pumpkins with their parents, creating the strangest and most imaginative shapes. The appointment is for Sunday 31 October, as always on the Lungorio in Mantua, with lots of pumpkins carved by master carvers to observe, to learn the secrets of pumpkin decoration. There will be educational workshops and corners offering fried pumpkin, in compliance with current Covid regulations.

The day will also be a great pumpkin festival, with an exhibition of numerous pumpkin varieties and the sale of many pumpkin-based products: mustards, jams, grappas, sauces, cakes, bread and pasta. It will also be an opportunity to stock up on Mantuan pumpkins for the long winter and to discover the beauty of ornamental pumpkins for interior decoration, as some thirty Mantuan producers will participate, as well as many other farms that will complete the Lungorio offer with their farm products, on the 15th anniversary of the founding of the farmers' market on 28 October 2006. Throughout the day the festival will be enlivened by the notes of the "Musicanti dla bassa" from S. Benedetto Po and, as soon as it gets dark, the lanterns in the pumpkin lanterns will be lit, creating an enchanting and magical atmosphere.